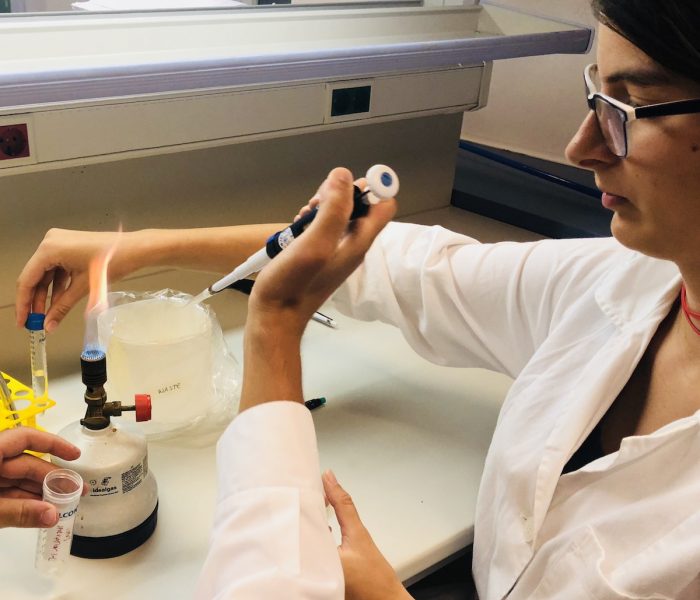 Rhizome Foundations is a two-week long scientific workshop, with the purpose of learning and studying interdisciplinary sciences and associated skills, organized by Rhizome Association. The course brings you foremost the basics of programming, laboratory skills and science communication.
I found out about it through Facebook and frankly, at first I thought of it as just marketing, because I thought there was no way they could fit and properly teach us so many different topics in two weeks, no matter how intense the program is. But they did. And oh boy, was it intense! But, in a good way.
Another important thing that was immediately clear from the start of the course was, that all these different types of science are much more connected than it was apparent at first. And that, I believe, above all was the main theme of the course. Connection. Be it between different disciplines, cultures and languages that were present or even people themselves; because each one of us was different, ranging from mathematicians, physicists to artists or microbiologists.

Now after writing about the basic info of the program, let’s dive into the actual course itself. We had a team consisting of 8 students and the organizers, Tamara and Omar, with Ivan, Manon and Nikola as their assistants. With such a small team of students compared to the number of instructors, each one of them was able to assist us individually, which was extremely helpful and ensured that everyone at the end of day completely understood the material.
Furthermore, on the topic of assisting and teaching. I really liked Tamara and Omar’s approach. Unlike what I’m used to, here we had chance to immediately implement what we just learned. Compared to that, regular school was just learning by heart before the test and then forgetting it right after.
Here we went through incredible amounts of information, but we broke up study sessions in smaller parts, between which we were able to use what we just learned, be it for programming or lab work. And now to what we actually learned! There were multiple projects that were overlapping through 2 weeks: ‘Supertasters!’, ‘Yeast!’, ‘Connected plant!’, ‘Organising our own event!’ and ‘Plankton hunt!’.
If I started explaining in detail every one of these projects, this report would get way too long, so I’ll just explain in a few sentences my favourite one.

Supertasters!
To begin, we tried tasting PTC paper and choose where on the ‘non-taster – supertaster’ scale we fit based on that. After that, we sampled our DNA and performed a number of steps to isolate, amplify and analyse that DNA, so we could actually see the gene that decides whether we are supertasters or not. For me personally, it was super exciting, because it was the first time I was working in a lab!

For myself, I would honestly say this was a life-changing experience. I met so many incredible people, I figured that I could see myself working with something similar to this in the future and I was really happy to see how much drawing and creativity there is in science, especially with something like microbiology.
In conclusion, this was an amazing experience which I would recommend to anyone either pursuing programming, biology or science communication as a career; or to any hobbyist, like me, who just enjoys learning about new stuff.

Bruna Ercegovac was born in 1998 in Split, Croatia where she grew up and went to school. She completed in 2017 high-school with focus on modern languages. Bruna has been accepted to the ‘Arts Academy of the University of Split’ where she will begin in autumn 2018 her Bachelors studies in Painting. She hopes one day to become a character animator in the game or animation industry. To make this dream reality she tirelessly works in her free time on her character designs, that is when she isn’t watching and hyperanalyzing cartoons and movies, dancing, or free diving. 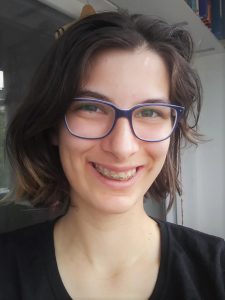